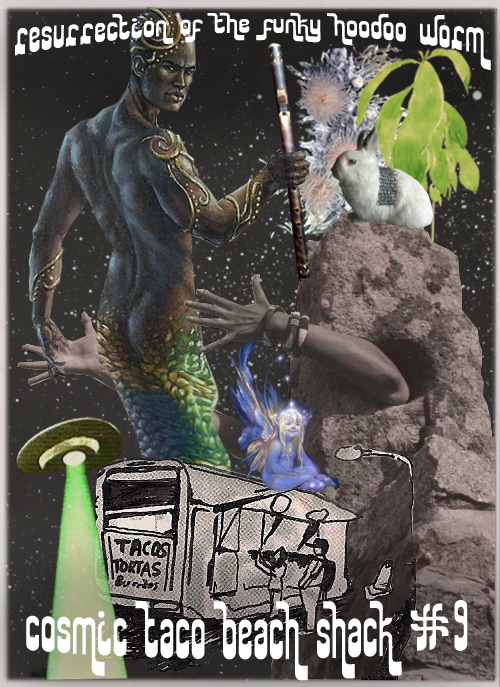 Michael a.k.a. Big Papa Warrior, Cosmic Taco Beach Shack Radio’s mastermind and host, asked me to do the latest promo “cover” for EPISODE #9.  Download for free here.  And enjoy my digital collage interpretations!

You can’t judge a book by looking at the cover, but you can judge
a person by what kind of music they listen to! Those who listen to Cosmic Taco Beach Shack Radio go straight to Shangri-La in a Taco Truck, no re-entry. On this episode find out what happens when Dr. Dre takes ecstasy while his homeboy Hittman get his toes sucked.

Meanwhile up the block… Doctor Amazon plays deranged surf rock for the one cool cop. Wolfman Jack is back again to join us from the dead and he’s brought along Phife Dawg, the Five Foot Assassin.

The Hoodoo is thick as pie crust and black as a hockey puck. Fear not, there’s plenty of moonshaking hoes, freekimuthafuckas and, as always, a hearty helping of cosmic slop! Plus Big Papa Warrior drops a new song called “Check Yo Machine” and Dr. Strangemind gets some at a Dead show in Detroit!

Timeless Hip Hop & Rock n Roll with a crazy side of the un-unknown. Download now! http://www.mediafire.com/…/Cosmic_Taco_Beach_Shack_Radio_9.…

Thanks to my soulful lass sassy Sissy Creamcheese for her eyes and ears and the subaquatic extraterrestrial artwork for the new episode. 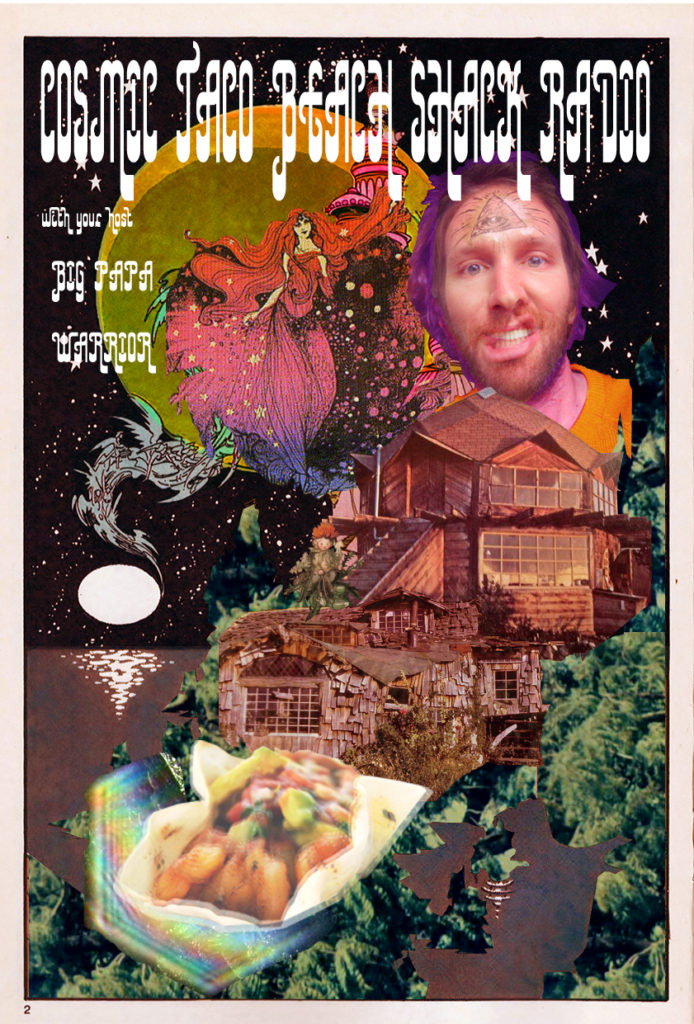 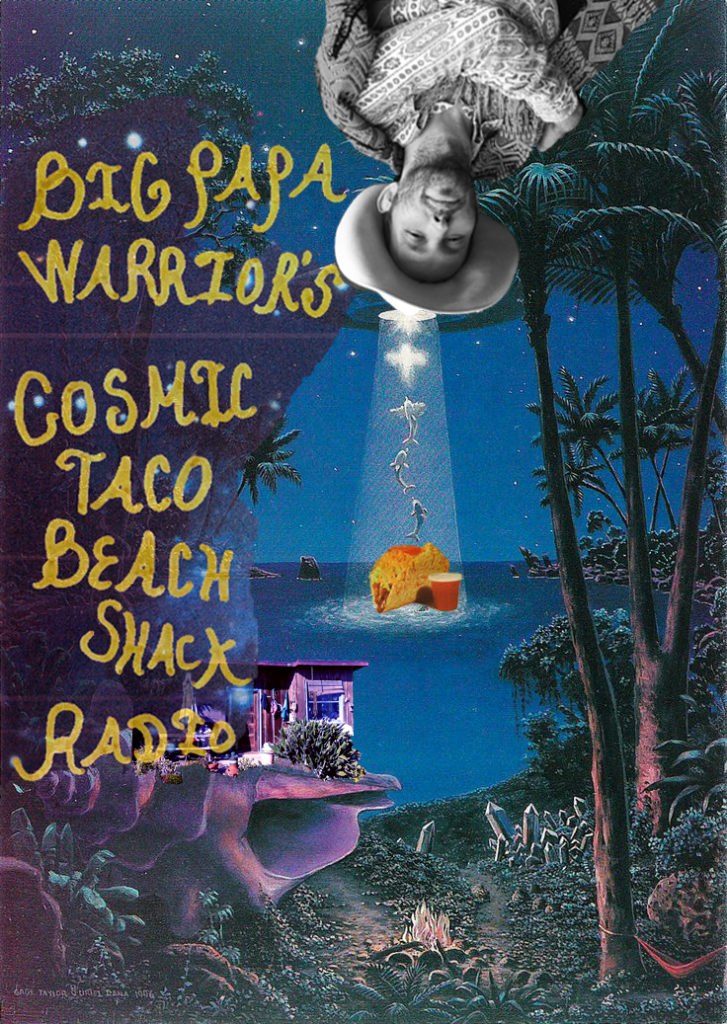