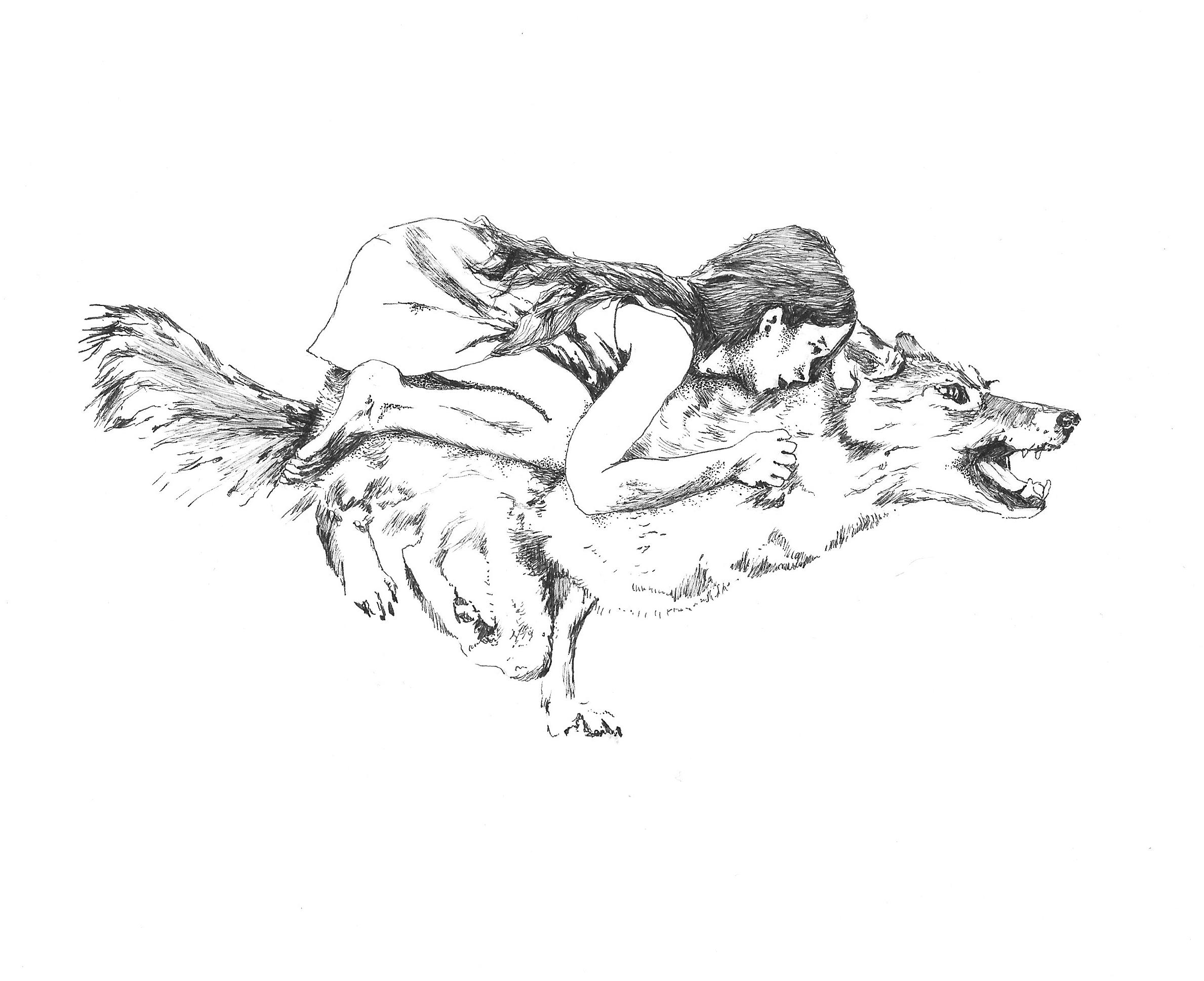 In a letter to a friend recently I signed off with an intuitive, spontaneously-crafted phrase, “riding the coyote.”  How else could I describe this immense unknown I feel I am confronting with an awareness and capacity to hold two truths and feel their opposing aspects dissolve within me?  A new, yet ancient and inherent truth was born from the dissolution.  Coyote is well-renowned as trickster.  Maddeningly, a friend of mine drew Coyote for me from the animal spirit deck, near the beginning of sweet Venus’ retrograde.  I had to cry.  How could I trick myself?  And which part of me was tricking the other?  Over time, I began to root around frantically, my mind churning, repetitiously ticking through all experience, all felt-facts available to me.  There must be a third path!  I was ricocheting violently between realms, realities, truths.  They all existed, they were all true!  I am incapable of lying to myself.  I have this Pisces thing — in Venus, in Mercury — I can hold it all!  My empathic adaptations are limitless!

It’s true we never know where we’re going.  We can set the course with our intentions, we can lucidly play with many elements of life, molding reality with our softness and our openness, but there is always more to discover, uncover, and unravel.  I stood up for the “little” (sorry, screaming guides) voice within, played my part in the Tower and surrendered to the ride.  Dissolution can be so scary that it paralyzes us and it doesn’t get easier the more we grow, but the relief I feel in locating and expressing my needs is one of the greatest gifts I’ve ever given myself.

My dear fellow earthling sent me an excerpt from this highly-interesting article.

According to Dabrowski, some people are in fact able to complete both parts of the process—both disintegration and subsequent positive reintegration. They develop an acceptance of their self-awareness and self-direction in ways that allow them to select values that transcend the immediate culture and are from then on focused on more universal, humanistic, and altruistic values. They may select a new vocation in which they can use their altruistic vision or a new partner with whom they can share their important values. This higher-level mental organization allows more of a sense of personal contentment with a striving to continually improve, though these people will likely still experience episodes of disintegration, discomfort, and reintegration as their awareness continues to grow.

The concept of “positive disintegration,” and subsequent “reintegration” is something I am excited to share with you!  Marinate on it!
In other highly synchronised news, yesterday evening I attended a talk by Suppressed History archivist Max Dashu (knowledge-crush!) called “Witches and Pagans: Down to the Roots.”  I first heard of her when she was interviewed by Caroline Casey on Coyote Network News (yeah, the synchronicity is gross), which I’m rabidly recommending to all humans.  The connections!  My brain!  I can’t even… describe how much cool information is waiting for your senses to feast upon it!  Short version: cool connection: did you know that there is an age-old theme of witches and shamans riding on the backs of animals?  I didn’t.  Or did I… in some cellular, cosmic way?  It’s not the first time I’ve realized post-piece that I’ve channeled some ancient symbolism.  Take a look at that section of her book, “Witches and Pagans: Women in European Folk Religion, 700-1100,” which talks about this tradition of riding spirit animals in the night.  Now wishing I would’ve drawn a cape instead of a dress!