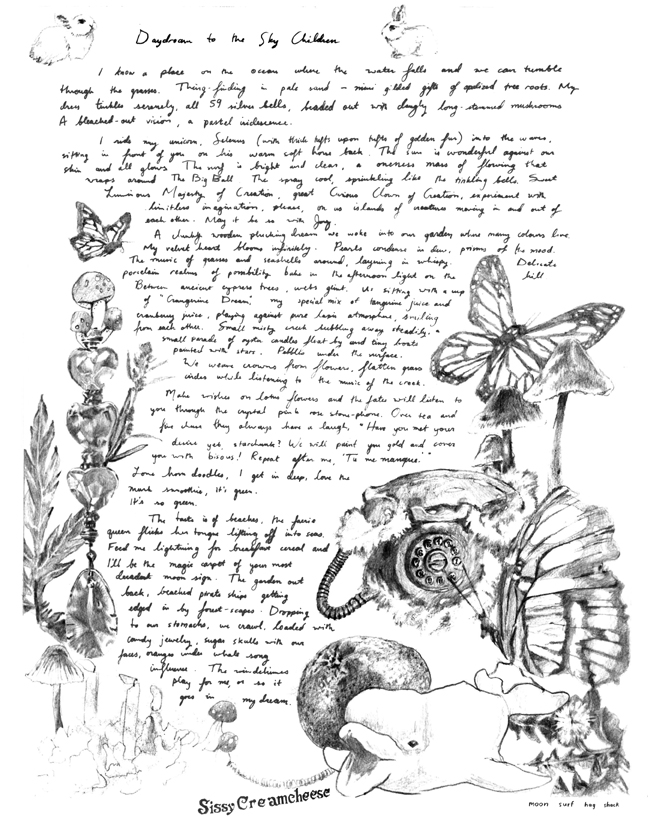 I was dancing in Bacchus’ Boogiers, my freak go-go troupe, at Portland’s Psych Fest a couple years ago.  I really dug dancing to Plastic Crimewave Syndicate, so I scooted over to their merch table afterwards.  I saw copies of Galactic Zoo Dossier laying there.  Turns out thee guitarist, Steve, is the creator!  He asked me for a submission, and I suggested that I write a daydream to a song (writing daydreams is one of my favourite expressions).  I chose “The Sky Children,” by Kaleidoscope.  Writing was no big deal, but when he asked if I could illustrate it, I became a grumplump and then proceeded to be swept into the fiery furnace of my Saturn Return.  Maybe eight months or more later, I finally illustrated my atmospheric realm…

for your listening pleasure

Published in craft and writing