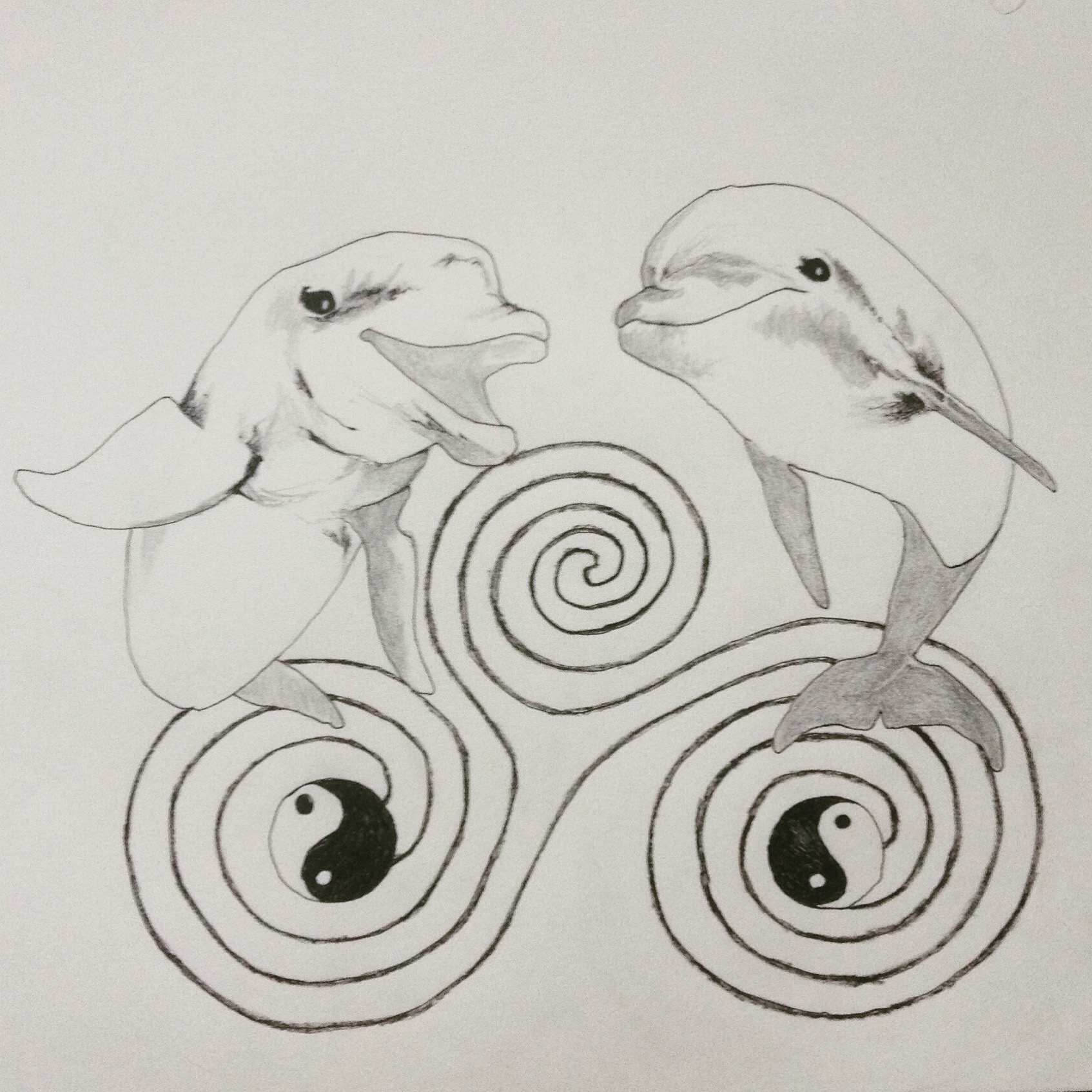 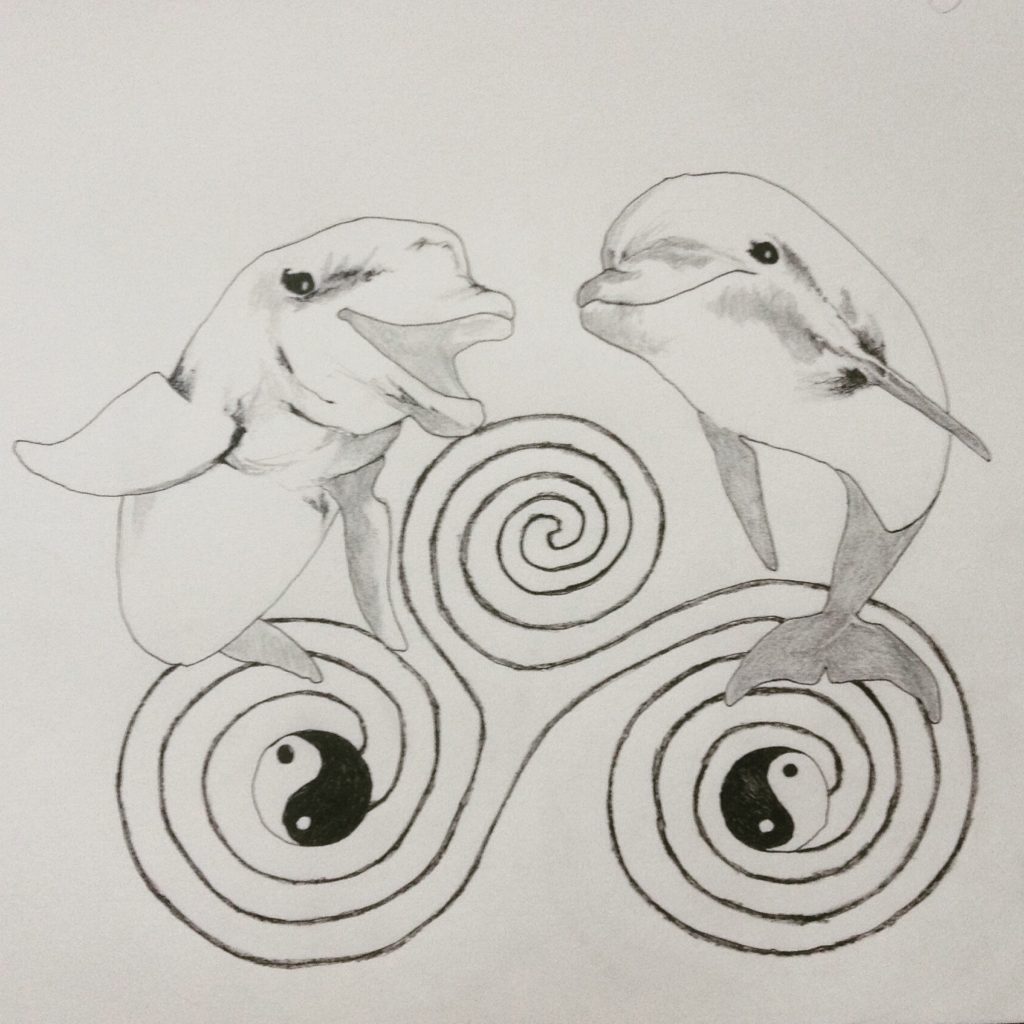 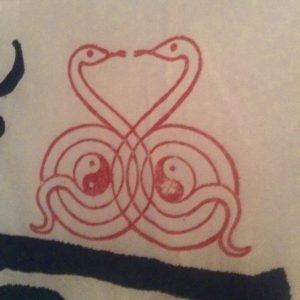 Breakfasting in the craft room nook the other morning, my eyes came to rest upon my friend’s 2017 I-ching calendar.  Two snakes face each other, their spiraling bodies overlapping almost like concentric circle graphs, with the Taoist yin yang symbol coiled in their centers!  Yes!

I’ve been thinking about Caroline Casey’s revelation from Egypt: “Snake Protection Agency, We Never Sleep,” the idea of aligning yourself with what you fear behind you or beside you.  Snakes never close their eye, but dolphins don’t either!  So I present: “Dolphin Protection Agency,” aligning yourself with the balance between playfulness and intellectual capacity.  They can be considered as guides in navigating the eternal interplay between chaos and order.  I oriented them within the symbolism of the “triskele,” a triple spiral found on the entrance stone to the neolithic tomb Newgrange, mysteriously constructed in Ireland in 3200 B.C.  The interior of Newgrange is only illuminated once a year, at the Winter Solstice, marking the return of the sun.  There are many interpretations of what the triple spiral could represent.
I think of the way time moves in a turning way, instead of passing linearly.  I think about the divine duality of “opposing” forces merging to create a new entity, a new way of being.  I think of the human struggle to find balance between the worlds.